Join us at 7 p.m. Tuesday, Sept. 12, at Orr Street Studios for the first event of the 2017-18 Hearing Voices/Seeing Visions series. We'll celebrate the launch of Gabe Fried's new poetry collection, The Children Are Reading. 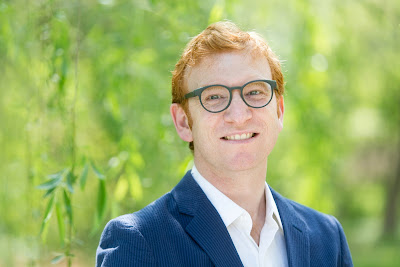 Gabriel Fried is the author of The Children Are Reading (Four Way Books, 2017) and Making the New Lamb Take (Sarabande, 2007), winner of the Kathryn A. Morton Prize and named a top poetry collection of 2007 by Foreword Reviews and the St. Louis Post-Dispatch. He is also the editor of an anthology, Heart of the Order: Baseball Poems, and longtime poetry editor of Persea Books. He teaches in the Creative Writing Program at the University of Missouri.

THE CHILDREN ARE READING 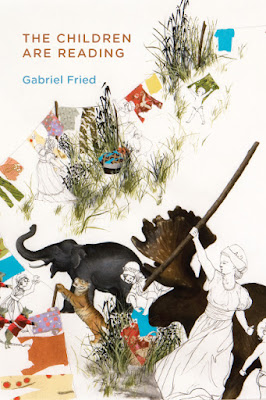 Gabriel Fried opens his most recent collection, The Children Are Reading, with these lines: “Where have the children gone this time? / There they are, behind the house, / standing in a cautious arc / around the flowers we warned them about.” The Children Are Reading inhabits childhood spaces, physical and imaginative, on either side of the emergence of adult awareness, desires, and anxieties—which isn’t to say desires and anxieties don’t exist on the childhood end of the spectrum. In many ways, those are more emphatic, less mitigated in the poems, unconstrained by the delusions and rationalizations of adulthood.

The poems are at once bounding toward, admiring of, and anxious about those childhood spaces, sliding back and forth along the continuum of childhood/adulthood on which fears of imaginative spaces crystallize and fluctuate. It would be inaccurate to think of adulthood as the place where wisdom pools in these poems, though it’s in adulthood that some of the fears are reconceived and articulated. Fried shows us that there are powers and wisdoms held in childhood that are lost in adulthood, even with its increased autonomy of one sort or another.


We stand in the sliver
of shadows the circles
from streetlights make.
We are almost out
too far, in a space
barely safe and daring;
ensphered in night,
its creature comforts,
a darker shade of night
around it.

Orr Street Studios is located at 106 Orr St. in downtown Columbia, Missouri. Join us the third Tuesday evening of each month during the academic year for literary readings and visual-arts presentations.
Posted by Orr St.'s Hearing Voices/Seeing Visions Series at 9:41 AM