Join us at Orr Street Studios at 7 p.m. Tuesday, March 13, for readings of poetry and prose by Anand Prahlad. 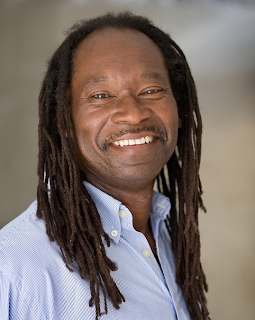 Prahlad is a poet, scholar, educator, musician, songwriter and author of creative non-fiction. His poetry has been published widely in literary journals, and he is the author of two books of poems: Hear My Story and Other Poems and, most recently, As Good as Mango, which was published in February 2012. He has completed another manuscript of poems, Incarnation, and is working on a memoir, titled Getting Happy, Memoir of an African American Autistic.
Prahlad's scholarly publications include Reggae Wisdom: Proverbs in Jamaican Music, African American Proverbs in Context and the three-volume Greenwood Encyclopedia of African American Folklore. Prahlad teaches folklore, film and poetry in the English Department at the University of Missouri, where he has been honored with the 2009 Faculty-Alumni Award, the 2010 Kemper Fellowship for Teaching Excellence and inclusion in Nerds of Mizzou. 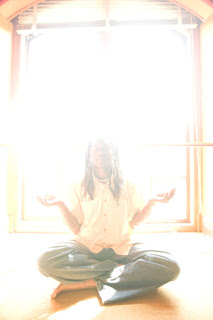 MEMOIR
Getting Happy: a Memoir of an African American Autistic takes the reader into the world of an African American child with Asperger's syndrome growing up in the 1950s-1970s on a plantation in middle Virginia. Written in a poetic, experimental form, the narrative follows the author as he makes his way through childhood in a rural segregated community, attends college in Virginia and graduate school in California, joins New Age communities such as the Bhagwan Rajneesh spiritual movement, enters the worlds of parenthood and marriage, and becomes a university professor. The main focuses of the memoir are the interior and sensory perceptions of the author and his struggle to make sense of -- and function in -- the neurologically typical world.
Photos by Shane Epping

POETRY
As Good as Mango is a journey told in the sensual language of blues and jazz. It moves from the landscape of colonial Africa into the colonial American South, and into the present. The hauntings of the past come alive with echoes of unclaimed history. The poems in this collection simultaneously affirm and inspect black identity — and identity in general. These are the poems of the bitter/sweet taste on the tongues of exiles searching for home.
Orr Street Studios is located at 106 Orr St. in downtown Columbia, Mo. Join us every Tuesday evening during the academic year for literary readings and visual-arts presentations.
Posted by Orr St.'s Hearing Voices/Seeing Visions Series at 10:17 AM 1 comment: