Join us at 7 p.m. Tuesday, Feb. 17, for young-adult fiction by YuMin Ye, poetry by T'Keyah Thomas and work by young filmmakers from the Citizen Jane Filmmakers Camp. 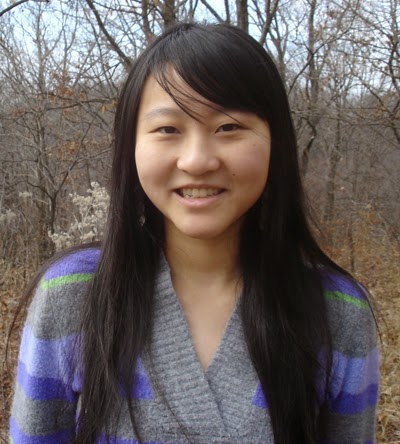 YuMin Ye is a freelance writer with a bachelor's degree in writing seminars from Johns Hopkins University. Her short story “Team Bonding” won honorable mention in the 2007 Seventeen Magazine Fiction Contest, and she won a finalist award from the St. Louis Publishers Association for her manuscript Oil in the Wok. She is the Columbia young-adult fiction examiner for Examiner.com and currently resides in Columbia, Missouri.

T'KEYAH THOMAS
T'Keyah Thomas doesn't like to talk about herself, so she tells stories instead. Using tools that tickle the tongue, TK has been writing for the stage since the age of 12. Currently living in Columbia, Missouri, she is the co-host of ONE MIC, a monthly open mic series for poetry at The Tiger Hotel. She'll be a filmmaker one day. 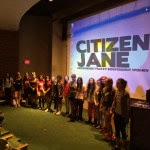 CAMP CITIZEN JANE
Camp Citizen Jane began in 2011 in collaboration with Stephens College and Columbia Public Schools as a way to provide access to the tools of filmmaking for young women ages 12-17. Taking place on the Stephens campus in the month of June, Camp CJ consists of a two-week session on “Basic Filmmaking and Media Literacy” and a two-week session on “Advanced Filmmaking.” Working with Stephens film students, participants learn lighting, sound, camera, storytelling and editing and create a short documentary, a short fiction film, PSAs for the Citizen Jane Film Festival and a short film that is designed to be submitted to “Gimme Truth” of the True/False Film Festival.


Orr Street Studios is located at 106 Orr St. in downtown Columbia, Missouri. Join us the third Tuesday evening of each month during the academic year for literary readings and visual-arts presentations.
Posted by Orr St.'s Hearing Voices/Seeing Visions Series at 3:54 PM No comments: