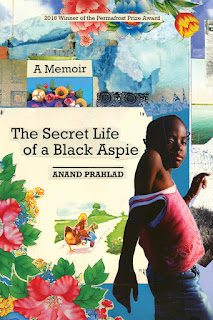 THE SECRET LIFE OF A BLACK ASPIE: A MEMOIR

In 1954 a black boy is born on a plantation in rural Virginia. He inhabits a liminal inner world where sensory experiences blur together and memory is fluid. For the first four years of his life, he doesn't speak. Then he finds his voice. Slowly entering the outside world, he evolves into an artist and educator whose extraordinary literary and musical gifts emerge through unspoken neurological challenges. Anand Prahlad’s distinctly American journey takes readers from school desegregation in the South, to New Age enclaves in the West, to higher education in the Midwest, deepening our understanding of autism, race and gender along the way.

The Secret Life of a Black Aspie is the winner of the 2016 Permafrost Prize for Nonfiction. 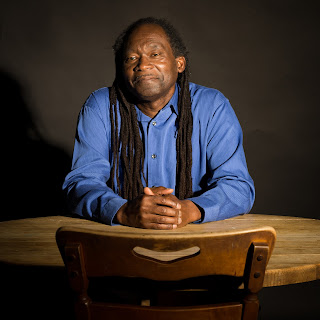 Poet, folklorist and musician Anand Prahlad is professor of English and director of creative writing at the University of Missouri. He is the author of the books poetry As Good as Mango and Hear My Story and Other Poems and the academic books African American Proverbs in Context and Reggae Wisdom: Proverbs in Jamaican Music as well as editor of the 2005 three-volume and the 2016 one-volume editions of the Greenwood Encyclopedia of African American Folklore.

Prahlad's teaching awards including the Kemper Fellowship for Teaching Excellence and the University of Missouri Faculty-Alumni Award. 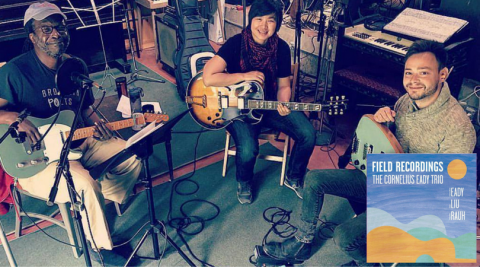 In 1996, Eady and the poet Toi Derricote founded Cave Canem, a nonprofit organization serving black poets and acting as a safe space for intellectual engagement and critical debate. In 2016, they accepted the National Book Foundation’s Literarian Award for Outstanding Service to the American Literary Community. Eady has collaborated with jazz composer Deidre Murray in the production of several works of musical theater, including You Don’t Miss Your Water; Running Man, a finalist for the Pulitzer Prize in Drama in 1999; Fangs, and Brutal Imagination, which received Newsday‘s Oppenheimer Award in 2002. Eady's honors include the Prairie Schooner Strousse Award, a Lila Wallace-Reader’s Digest Award, and fellowships from the Guggenheim Foundation, the National Endowment for the Arts, and the Rockefeller Foundation. He currently holds the Miller Chair in Poetry at the University of Missouri.


Orr Street Studios is located at 106 Orr St. in downtown Columbia, Missouri. Join us the third Tuesday evening of each month during the academic year for literary readings and visual-arts presentations.